An earned designation from the Bay of Fundy Tourism Partnership, dedicated to sustainable tourism and quality travel experiences on Canada’s phenomenal Bay of Fundy.

This designation is awarded to Bay of Fundy accommodations, attractions and outdoor adventure operators who have participated in a comprehensive tourism quality development program to raise the standard of excellence in tourism.

The Bay of Fundy’s shape and prevailing ocean currents conspire to create the highest tides in the world. Experience what happens as 3,680 billion cubic feet of water pour in and out of the “funnel” not once but twice each day: Boats and even ocean-going ships stranded high and dry. Vast tidal flats waiting to be explored. The water goes out so far that you have to look for it. This ebb and flow generates enough power to meet all the world’s power needs, if only it were harnessed. 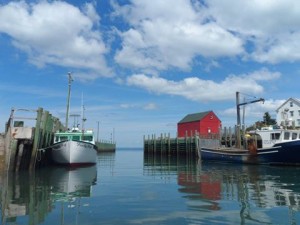 High Tide – Nova Scotia bends when the tide comes in! As the seawater flows into the Minas Basin twice daily, the Nova Scotia countryside actually tilts slightly under the immense load. High tide looks like any other seaside town in Nova Scotia where commercial fisherman are docked beside pleasure craft.

Tidal ranges have been recorded as great as 55 feet, with forty feet not uncommon at Hall’s Harbour. 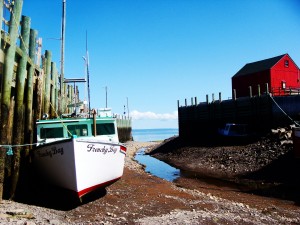 At Low Tide the wharf is high and dry and the fishing boats wait patiently on the harbour bottom until the tide rises as much as an inch a minute to the 40 foot high tide mark on the wharf. Truly a phenomenon to experience.

Now an official tourist destination area, the harbour is home to pretty sights, friendly people and a way of life fast disappearing.

Hall’s Harbour and it’s 45 ft. tides were featured three times in National Geographic and were the subject of a film for Sesame Street. The effect of the tides on the inner harbour was captured by time lapse photography and included in a film for IMAX called “The Living Sea“.

Halls Harbour Is home to a number of artists and their photographic and art galleries. This scenic harbour has been photographed, painted, etched, filmed and written about countless times.

…has a Lobster pound and gift shop where you may choose your own lobster and have it cooked, cracked and presented to enjoy lobster in the rough while overlooking the spectacular Bay of Fundy under our amazing waterfront dining room.

…affords long walks on our beaches and ocean floor. Stroll along our new boardwalk which circumnavigates the entire harbour basin. Hike the ecotrail some two km’s in length which travels through some of the most beautiful forest and coastal vistas. Enjoy fishing from our fish landings, precious rock hounding along our rugged coastline, spectacular sunsets all in a peaceful and friendly environment.

“Hall’s Harbour is every bit as much of a national treasure as Peggy’s Cove. The harbour and all its docks, sheds and wharves should unquestionably be entitled to careful maintenance as benefits its status. That is the view of a majority of Kings County residents and doubtless most Nova Scotian’s. They come in droves on hot summer days to expose film, stroll the beach, buy lobster and cool off. The huge variation in high and low tide is demonstrated to perfect photographic advantage at Hall’s Harbour”. (Quote from the Advertiser) 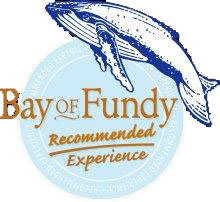 The Bay of Fundy (recommended experience) logo is a designation awarded to tourism operators who voluntarily exceed the Bay of Fundy Tourism’s rigorous standards for ecological sustainability, quality and customer service.

Chosen by the Ottawa Citizen as the #1 place to eat lobster in the world. 31 December 2005

Finalist Entrepreneur of the Year Awards (2001) 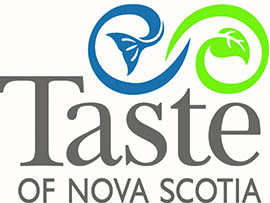 Taste of Nova Scotia is a unique, province-wide, marketing program, whose members are committed to offering the very best culinary experiences Nova Scotia has to offer. There are more than 150 reasons to love the “Taste” of Nova Scotia and they can be experienced through any one of our valued members.